Test of the Month: How Ladder Launched a Facebook Video Ad With an 11% CTR 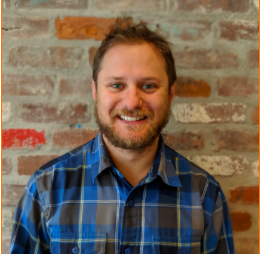 We’ve launched thousands of marketing tests, and let’s be honest: we’ve seen some winners and a few losers (like Reddit Ads).

But we want to start highlighting the “big wins”. Enter Test of the Month!

The Test of the Month competition is an opportunity for everyone at Ladder to share their innovative, impactful, and clever work from the previous month. It’s a chance for great ideas to be recognized and then shared.

We grade each test on three criteria:

Without further adieu, this month’s winners are…

Growth Strategist Jakub Fidala created and launched responsive ads in Google AdWords for a Polish home decor brand. Responsive ads increase impressions as they fit into any placement. This allows them to get more impressions which provide us with more data for bid optimization.

“The great thing about responsive ads is that they can fit all available ad placements across Google Display Network (GDN),” Jakub says. “They are shown in display ads, text ads, and native ads. A few years ago, it was common practice to add text ads next to the image in GDN in order to increase views for placements where we couldn’t show one or another.”

“They require only 2 images and a logo, which makes much less work for graphic designers. We don’t have to put any text (there is a limit, 20% on image) as we use it with additional text.”

Over a test period of four days, Jakub compared the performance of static ads to responsive ads. The static ads earned:

In comparison, here’s how his responsive ads performed:

Although the responsive ads weren’t able to affect the CPC and CTR, Jakub says the information collected from this test, will help him optimize his responsive ads in the future even better.

In today’s world, users are viewing advertisements on a wide array of displays. Utilize the responsive ad feature within Adwords for running on the Google Display Network (GDN). Your ad will change to the size needed for placement, allowing for better readability and more conversions.

After introducing both a copy and creative refresh across Facebook & LinkedIn, Andy’s goal for this month’s test was to “introduce more new creative variants which have a different style from the existing cartoon variants we have been running with. This will further reduce ad frequency while increasing the total number of leads.”

Did he reach his goal?

Looking forward, Andy says his creative test has made a permanent impact on his client’s site. “With this refresh,” Andy says, “we’ve instilled more confidence into the client – they love the creative, we’ve shown them cartoon imagery performs much better than their old lifestyle, and we position them nicely regarding the direction they need to take when it comes to future creative.”

Changing even just a few inconsequential elements in your ad creative can cause the advertising platform to treat it as a new ad and show it to a wider audience. Make simple tweaks like color, text positioning, element sizes, etc… to give your ad a refresh.

This month’s Test of the Month winner is Growth Strategist Morgan Schofield for his experiment on a SaaS client that wants to drive more top-of-funnel traffic to their site for conversions to email capture.

For this experiment, Morgan set out to benchmark the new promo videos to advertise the platform and the USP to determine if people are more likely to engage in videos on social media so we expect to see a higher CTR than static images. He also used the Unbounce CRO landing page to optimise the conversion environment.

“I created the promotional videos using the digital video service, Promo, for $25 per video,” says Morgan. “I benchmarked this test to the client’s email list and scaled to target crypto audiences in-line with their USP. The budget started at $50/day and I scaled it to $150/day.

Keeping in mind that video ads have an average CTR of 1.84%, Morgan’s results were absolutely incredible!

Morgan says this experiment opens up new opportunities to experiment with new ad formats to improve conversion rates in the future. “The success of this test has reaffirmed the value of Ladder to this client and illuminated opportunities for further optimization deeper in the funnel,” says Morgan.

Congratulations Morgan on winning Test of the Month!

Using an auto-play video in an ad can drive a deeper emotional connection and can be much more engaging. In our experience the CPM of video ads is much lower due to the high engagement rate and relevance score. This can be a very cost effective way to reach a much larger audience than normal, in a less obtrusive, more engaging way.

All of the tactics our strategists used are currently available in the Ladder Playbook, our public database of over 800+ acquisition, conversion, and retention tactics. Use the Ladder Playbook to find new tactics to execute in your marketing campaigns!