Marketing Strategy: It’s the Hope That Kills You 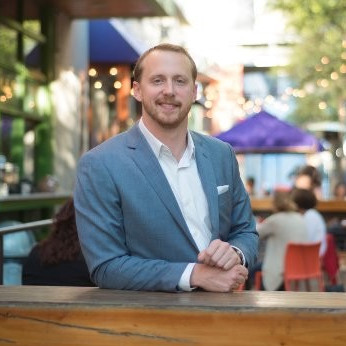 “Can everyone hear me and see my screen?”

The trademark beginning of every zoom meeting we’ve had since the pandemic started. It’s basically how we say “hello” nowadays, but this meeting is special. This meeting is your long awaited kick off with your new growth partner!

You’ve done your due diligence in selecting the right partner, you both know what success looks like and you may even have completed the access setup process. There’s nothing but space and opportunity on your horizon - time to launch some new campaigns and begin the march towards world domination!

“When do we launch the new stuff?” you ask excitedly “end of the week, maybe???”

^ How familiar does this sound?

Everyone has been on one side or the other of this question and it can be a nuanced one to answer. That said, it’s important that we address the how and the why of a proper partnership and campaign launch. I recently had the opportunity to visit our team in London and do a bit of strategic planning for the year and tackle this exact question.

Being my first trip to London, I did what any diligent tourist does and made sure to build in some time to do a little sightseeing. Granted, I have a 4-year old and a 4-month old at home, so if I wanted to stay married I was going to have to be selective and make this a quick trip.

Tower of London, Big Ben, etc  - with all these options in relatively short distance from my home base and being the consummate traveler that I am, I (of course) opted to forgo the list above entirely and instead, made the trip out to Richmond to visit the Prince’s Head Pub; prime shooting location of Ted Lasso. For those of you who aren’t familiar with the show, I highly recommend you sign up for the free trial of Apple TV and binge-watch the current 2 seasons that are available  - you will not be disappointed.

It stars Jason Sudeikis as a relentlessly optimistic American football coach moving to London to coach a Premiere League football club. A mainstay on the show is Ted’s mantra, taped above his office door and all around his house (and printed on my cup of tea every morning) is a single word: “Believe.”

Towards the end of the first season, facing relegation at the hands of a highly talented team, the supporting cast believe the upcoming game to be hopeless and relegation a guaranteed outcome. Having made strides all season and sporting his trademark “never say die” attitude, Ted has a hard time understanding the bleak outlook.

It’s at this point that Mae, the local barkeep at the Prince’s Head Pub, helps to crystalize the concept to Ted of why team, staff and fans are all so downtrodden with the exchange:

Ted: You're acting like we lost the game already, yeah? Why don't you have a little hope?

Mae: Aw, Ted. Haven't you lived here long enough to realize? It's the hope that kills you.

To a die-hard optimist like Ted, this is clearly antithetical to his whole outlook on life and I agreed with his outrage at the notion. Sitting quietly at the pub, enjoying a pint and the ambiance and thinking about growth strategy as a whole, though, we have to side with Mae on this one.

Hope Is Not A Marketing Strategy

Hope simply cannot be a strategy and that rule has to start from the outset.

The answer to the question “how soon do we launch” must be a function of gathering the requisite data, establishing creative concepts and developing assets - not arbitrary spaces on the calendar.

Without that foundational understanding of the business and goals to develop strategy, you’re left with one of two options:

Questions For Your Growth Partner

With either tactic-based option above, you’re risking capital in the hopes of a homerun; sacrificing long term effectiveness for speed. Instead, start by working with your growth partner to answer questions like the following:

Where are the gaps in my data?

Where are the leaks in my funnel?

This will help determine where you should focus your efforts - should you even be launching new campaigns or focusing resources on site?

What are the core value propositions for my business and my competition?

This will help you craft a unique messaging strategy that you can tailor to specific segments as opposed to a generic market approach.

What has been proven to work in the past that I can scale upon?

This will help avoid covering the same territory (good and bad) and help to build a base upon which to continually drive business while still being able to allocate smaller budgets towards new tests (de-risking tests).

Talk To A Strategist At Ladder About Your Marketing Strategy

Taking time to build strategy first can be trying. It feels like standing at the starting line waiting for the gun to go off and the race to begin, but it is the best thing that you can do to protect your budget in the short term and scale your business through data in the long term.

In the absence of strategy, you’re left with nothing but tactics; hoping that they work. And as Mae said, it is indeed the hope that kills you.