Initial Coin Offerings (ICOs): What They Are and How to Market Them 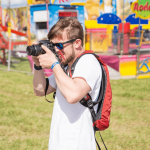 Editor’s Note: This post has been updated with a glossary of cryptocurrency terms that can be helpful in better understanding the underlying concepts around trading cryptocurrencies and the technology powering them in the background. If there are any terms missing that you’d like added, reach out to growth [at] ladder.io!

Blockchain, and cryptocurrency have been a hot topic for the past few years and this is a new frontier for the Internet of Things, smart apps, and high-tech gadgets.

The innovations in this industry offer solutions to the problems occurring at the commercial standards of technology advance (Artificial Intelligence, Augmented Reality, Virtual Reality, High-Speed Travel). ICOs (Initial Coin Offerings) are one of those innovations.

If you’re not familiar with cryptocurrency terminology, click here to read our glossary of important terms you need to know!

What is an ICO?

An ICO is essentially a crowdfunding round that uses crypto-tokens instead of traditional currency. An ICO is like an IPO (Initial Public Offering) but without the many layers of regulation associated. That can mean funding rounds of £20M+ with only a team and a whitepaper.

Unlike VC or an IPO, buying a token does not necessarily entitle you to a share of the company, only the project the ICO represents. This is a tradable Kickstarter commitment that shows an early interest in a project and its application.

Moreover, anyone can release a coin or ‘token’ claim it has value and takes everyone’s money and people have been stung by these fraudsters. But, while it may be the wild west for regulation, these offerings give opportunities for small businesses and startups to quickly test their idea and get a temperature on how much people are willing to pay for their solution, or even better, get a huge round of support (like a Kickstarter) before they have to spend hundreds of thousands of dollars on developing their final product.

Compared to conventional funding routes (i.e. IPO, VC, loans, etc.), crowdfunding is fairly easy to set up, and can be the perfect platform to test your market assumptions and interests, or create enough noise that marketing becomes organic before you’ve even finished the product.

Put simply, an ICO is a way for a company to raise cash quickly without going through a conventional auditing and regulation process. However, many people have raised serious concerns about its security.

As with most matters in the cryptocurrency world, the onus falls on the user to protect themselves and their financial investment. With very few safety nets or protection from large banking institutions, and there are a lot of things for you to consider: the price of Bitcoin, the value of the company’s token, or just “will this project work?”

You should know that ICOs and digital wallets are prime targets for cybercriminals. For instance, due to poor security, a fund called the Decentralized Autonomous Organization (The DAO) lost $50 million worth of Ethereum–a cryptocurrency–after being hacked. Ultimately, ‘The DAO’ had to ask for the Ethereum network to be forked (change in core code) to recover the funds. This was a huge vote of confidence from the Ethereum dev team, despite the poor circumstances.

You should also know that more than 50 percent of ICO funding rounds don’t meet their market cap Fortunately, there are a number of systems for how the funds are dealt with if the fundraising fails. Some are just like a Kickstarter–if you don’t meet your target value, everyone gets their money back. But there are also reverse Dutch auctions, Vickrey auctions, proportional refunds and many others you should look into.

Finally, another concern Investors commonly have is understanding a cryptocurrency wallet and securely transferring their funds from cryptocurrencies to tokens–which is a digital asset you own and can transfer to someone else. One of the big innovations in this sector will be user-friendly, secure GUI (Graphical User Interface) wallets where coins can be transferred without having to enter a long public key.

Why marketers should care

Planning a marketing strategy for your project from Day 1 is crucial–probably more so than the product itself. Your product can change, but the perception of your project and the team won’t survive an attack early on.

The first and biggest question to ask is: “What does this token do?”

Use methodology like ‘The Lean Startup’ and ‘Value Proposition Canvas’ to make sure that the market you’re catering for both exists and would be interested in your project from the beginning.

The marketing strategy for your ICO should focus on three elements:

Introduce potential investors to members of your team

Nothing shouts ‘scam’ than a project with an anonymous team. If you built something, put your name to it. Typically, ICOs list several layers of associates; team members, advisors, partners, sponsors. Are you launching across multiple countries? – do you have a team who speaks the required languages?

Your advisors should be genuinely interested and even invested in your success. Ideally, they would have run their own ICO rounds.

Partners should be genuine – don’t slap the CoinDesk logo everywhere if they’ve never heard of you, work to build the names who support you. Use influencers networks to boost your credibility and standing in the news feed.

Build a community around your project

Brand awareness and community building are the most important aspects of being transparent and will combat any fear or uncertainty potential investors may have. It’s important to do some things that don’t scale, like replying to potential customers directly at the beginning, so that you’ll have the growth and champions to propel your launch to success.

With an ICO raise, it’s important to be in touch with your target market and understand your customer–so get out of the building (literally!). There are plenty of crypto meetups, conferences, and seminars around the country. By going to these events, you’ll learn how to test your idea by asking cryptocurrency enthusiasts if they would use your solution, or at the very least if the problem you’re solving is something they struggle with.

Crypto and blockchain is a niche market and an expanding industry. There are many tactics that can be applied which are unconventional for typical SaaS models. The focus on any marketing activity should be getting results from tests and moving incrementally towards a goal; then compounding results by keeping what works and cutting what doesn’t. Here’s how to do it.

Search Engine Optimization (SEO) is important in this unregulated industry. There’ve been cases where an ICO brand and website has been cloned or spoofed with a small change to the URL. For instance, etherdelta.com was spoofed to “etherdellta.com” and “etherdelta.one”. Sending potential investors to the wrong website is a nightmare for security and your project’s reputation. The best solution is to get your website ranking higher in Google or Bing search results. If you find a spoofed website infringing on your brand, you can report those sites to Google.

A white paper is the backbone of any crypto-tech proposal. It’s what investors will look at first to see if your idea has what it takes. In this document, you should layout your business plan and details of the technology you intend to use. After reading your white paper, an investor should understand why an ICO suits your project and how a token will help end users get the most value out of your solution.

If you think a picture says a thousand words, a short explainer video can literally say thousands more. Consider creating a brief explainer video to explain your solution and give investors and end users an idea of what they can expect.

To build awareness around your brand and to put your project on the radar of potential investors, consider paying for banner ads on forums, blogs, new publications, or other online platforms that cater to readers interested in bitcoin, digital currencies, and the blockchain industry. Banner ads are commonly managed by a display network, but you may also need to go directly to the source website and ask the admins to quote you on price and metrics. Keep in mind that crypto-news networks are taking advantage of the surge of ICOs and you should look for packaged deals for monthly ads and content releases.

Most people from the early days of crypto started on forums, like bitcointalk.org and Reddit, discussing what works and what’s new in the crypto-currency world. It’s important for your team to participate in these conversations and generate a presence. However, keep in mind that there’s a careful balance between participation and added-value vs. overt advertising and corporate shills.

You should be building an email list from Day 1. This is the holy grail for marketers and a format of communication which has lasted over 20 years (compared to myspace and other platforms which have been long forgotten). An email list will allow you to deliver updates and content to your user base and create ambassadors for your brand; these are the people who will make your next version release or product launch 10x easier.

Social media cannot be understated, if you think your product is so good that it should sell itself – this is how people spread the word. There are so many good uses and so much good data to be found on the plethora of platforms and all the tools can be used to promote your launch; events, groups, messenger, stories, shares, likes etc.

If you want immediate and large-scale attention, tap into an influencer’s network to promote your product. It’s important that the person you’re going to partner with actually believes in your solution and believes their audience will love it too.